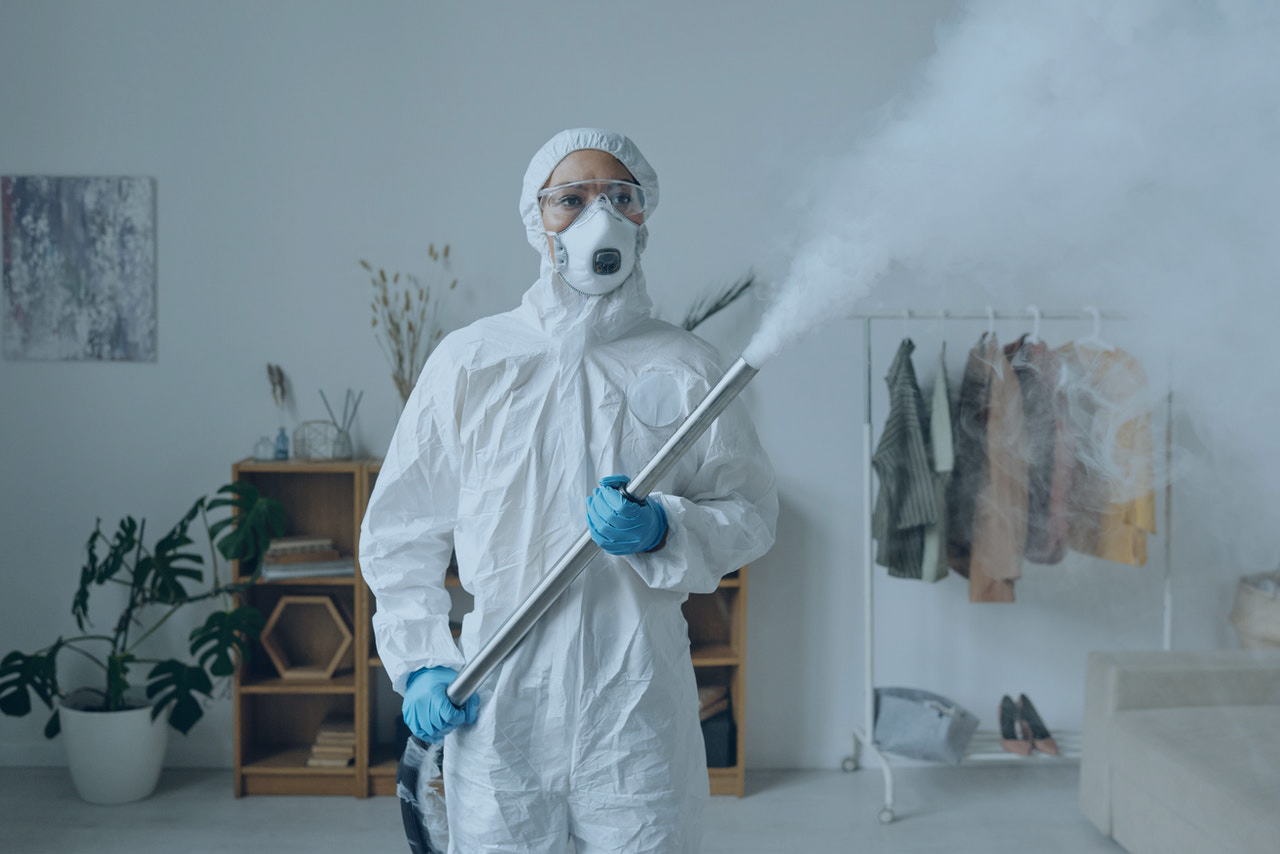 Residual Effect of Our Chemical

Our patented chemical is used in the NHS within medical operating theatres to decontaminate. As our chemical contains silver, NHS studies have shown this provides a residual value. The residual value is subject to the amount and type of decontaminant.

What viruses does the chemical kill?

This chemical is 100% biodegradable and environmentally friendly. The chemical does not require any mixing or diluting, this reduces the risk of human error any guarantees consistency with every treatment.

A wellbeing risk assessment is carried out on site by our trained staff to create a specific decontamination schedule. The process ensures uniform disinfection of all surfaces including electronic equipment, without corroding or oxidising. The chemical is approved as hospital grade disinfectant and is Civil Aviation Authority approved.

The process creates a dry spray (5 microns for fogger and 40 microns for electrostatic spray, which does not leave any wet residue. Operation noise levels do not exceed 60 dB, minimising disruption to your staff and guests.Your staff will be trained on site. 24 HR /365 Support will be provided, including repairs or replacement within 48 Hrs.Machine rental includes 1 x face fitted respirator, disposable gloves. Outbreak kit with 4 x disposable coveralls gloves, overshoes and hazardous waste disposal bag.

This weakens the frame, allowing the silver to slip inside and begin the process. When inside the cell, the hydrogen peroxide and silver compromises its structure and damages the cell’s functions. It then puts a stop to regeneration by sticking to the organism’s DNA before finally sticking to the cell’s enzymes to halt the energy source, thereby bringing a rapid demise.

After completing its job, the hydrogen peroxide breaks down into water and oxygen so there is no need to worry about there being any harmful chemicals left behind. When fogging a saturation point of 100PPM (parts per million must be achieved for a minimum period of 10 minutes. This will ensure uniform disinfection on all surfaces throughout the room. Running times will be based on rooms size by calculating the 2m3 size of the room.

Any cookies that may not be particularly necessary for the website to function and is used specifically to collect user personal data via analytics, ads, other embedded contents are termed as non-necessary cookies. It is mandatory to procure user consent prior to running these cookies on your website.